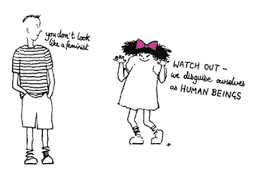 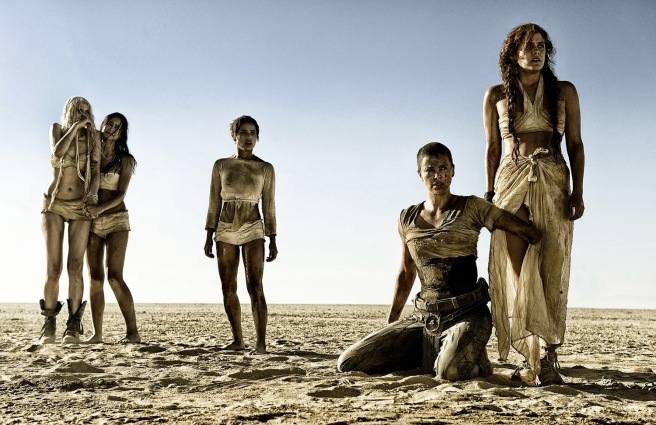 ‘Go see Mad Max, it’s got loads of strong women in it’, I was told by one of my male students. It should be said, I was sceptical. I can’t remember the last time I saw a film with a strong women in it, who wasn’t young, white, thin and blond (not that I have objections to young, thin, blond, white women, it’s just hey, there are other types of women out there).

There has been some great work in film and media studies historically located in Laura Mulvey’s (1974) conception of ‘male gaze‘; women on screen are positioned primarily as objects of desire for men. More recently, coming out of work in comic books, we see the ever useful Bechdel test which has three very simple requirements of a film:

1. It has to have at least two [named] women in it

2. Who talk to each other

3. About something besides a man (http://bechdeltest.com/).

Not that tricky, huh? Yet there are a shocking number of films that fail this basic test. (TV programmers also take note).

So, it was with some trepidation that I went to see the new Mad Max film. And on the one hand it was a post-apocalyptic film, about a journey, with lots of battles, blood and fighting. We see Charlize Theron drive a truck out of the city of men and when she escapes her first round of attackers she releases her cargo – and guess what the first shot is of 5 young, thin, women, wearing white, in varying kinds of bikinis, getting soaked by water. Hmm, a handy male gaze trope if ever I saw one.

But the journey became a metaphor for female solidarity, and we witnessed brutality that can be displayed towards women, with the sharpening of knives and the ripping of an heir from a woman’s pregnant body, we also saw something of female solidarity.

The younger women spoke with their elders, in a move reminiscent of contemporary feminists listening to their forebears. And this was the most extensive and powerful dialogue in the film (which did contain a considerable amount of grunting). Not content with a positive illustration of second wave feminists meeting third generations, we were also treated to more contemporary revisions in subtle and nuanced scenes, whereby we could explore the ways in which men experienced their gender; and became aware that emancipating women meant emancipation for all (consistent with much contemporary writing around feminism, gender and masculinities).

So this was a journey with battles, but it was also a surprisingly subtle journey about the positive achievements and opportunities afforded us by feminists and women’s movements. Just a shame that the MRA – Men’s Rights Activists – (which is a funny name for a group, I thought that was just called the patriarchy) just don’t seem to be able to grasp that.